I summed up my previous couple of weeks’ progress in the form of a presentation. Some feedback I received includes: 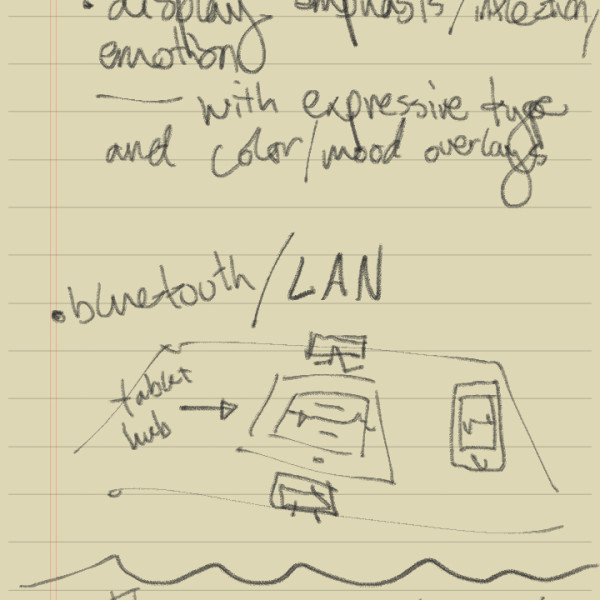 Preliminary idea, where a tablet acts as the output device and phones are the input. 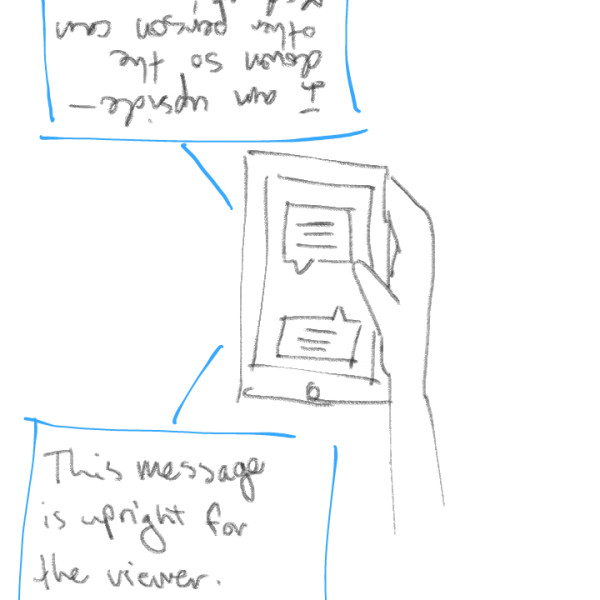 Handheld or tabletop view on one device shows a bi-directional conversation. This is for close conversation between two people who normally wouldn’t understand each other. 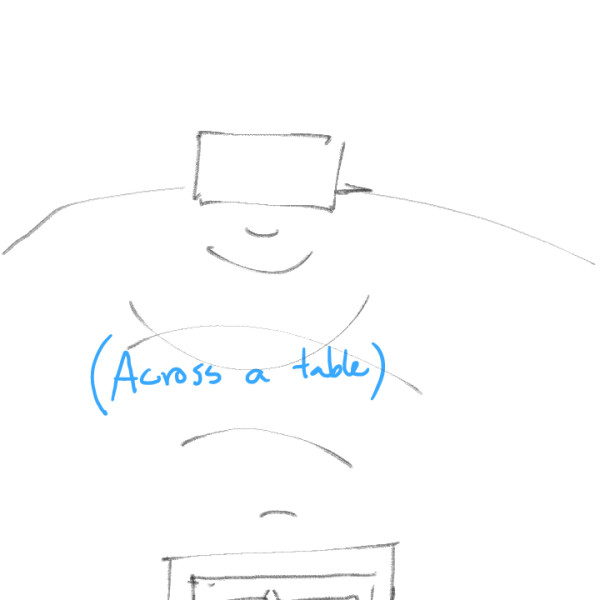 For conversations that take place further away, each device will take input and give output, as well as transmit the message to the other person. 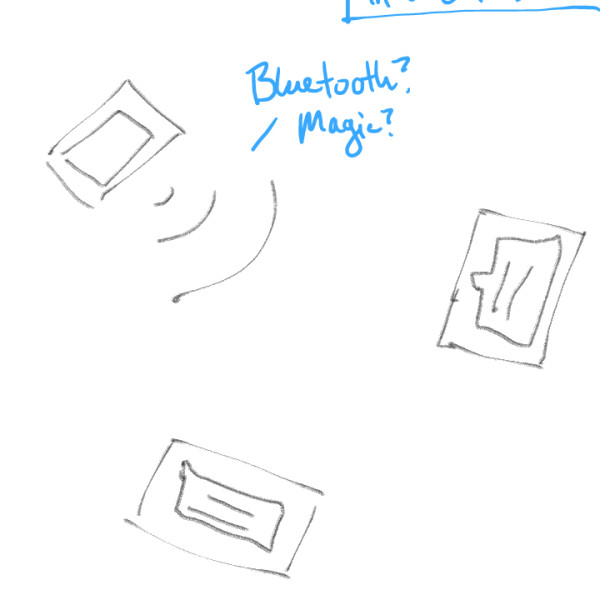 Conversations with multiple people can happen at once. 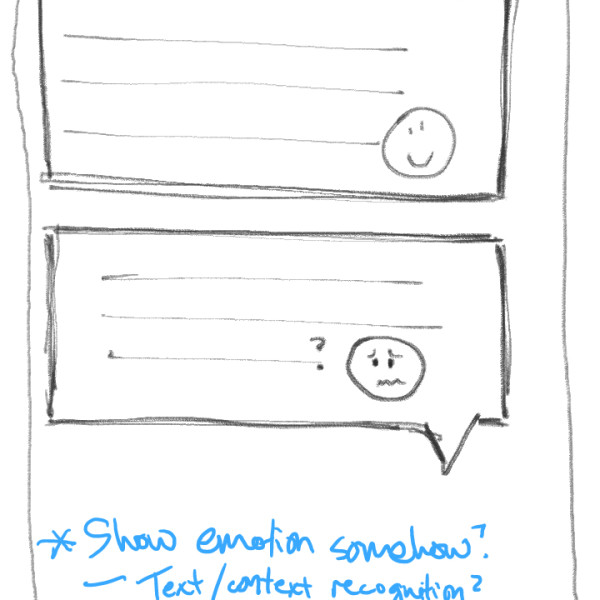 Preliminary UI idea: Showing emotion through the conversation text by way of emoticons and possible color overlay and typographical emphasis. 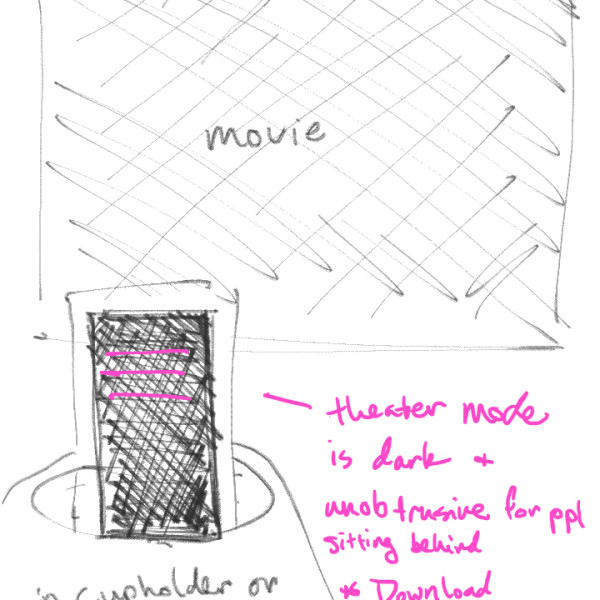 Movie mode: A darkened screen can show movie dialog without disturbing people behind the user. Caption/subtitle files can be downloaded beforehand or “live-captioned.”

And here’s an updated schedule/timeline for this project: