The family I was paired with was an energetic bunch of people, to say the least. I worked with a brother/sister pair and their mother. They were so much fun!

The kids loved my map and coloring cards, and they even fought over who found the sculptures first and would get its coloring card. (Luckily, I had two copies, so they each got one, although that didn’t really stop them from fighting. Haha.)

My kids were older (around 8-9), so their map skills were pretty darn good. They actually used the map as a navigation tool, instead of leaving it to their mom to figure out. They followed the map well, and they found every sculpture they needed to find! Hooray!

Coloring the cards at the art table went over really well with the girl, as she’s a bit of an artist, but her gamer-geek brother didn’t seem too interested in coloring.

As always, there are some issues that need to be addressed: 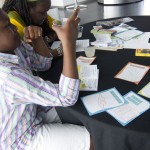 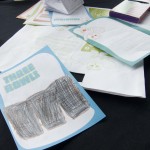 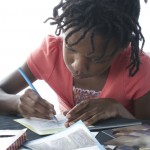 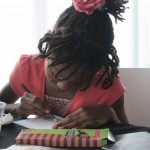 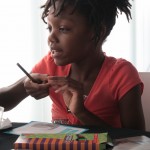 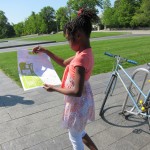 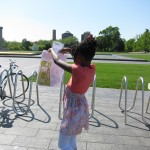 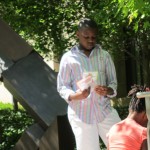 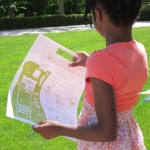