I think the most organized way for me to critique myself is to directly answer these questions:

What is the visual strength of the image/line study selection and pairing? How could it be improved?

After all the iterations and editing, I think my line study/photo pairs are much stronger than the first time around. I’ve modified the curves in my Westport pieces so that the line segments more successfully continue the lines in the round grate. 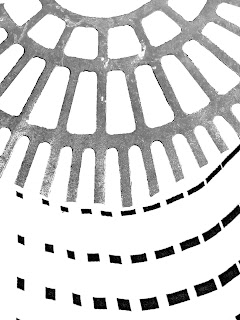 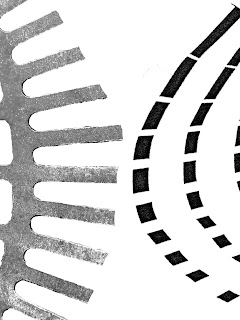 How is the photograph legible, well composed, engaging?
How should it be improved?
I think the most legible photograph that I have in these images is the Westport one. It’s clearly some sort of structure found in an urban environment. The other photos are a generic crack in the ground and a rubber… thingy from the floor of a parking garage (it’s not exactly legible as such an object, and definitely not the greatest subject matter for depicting the Plaza).
Is line quality study well crafted? Where should it be improved?
I think my line studies are well-crafted. There aren’t any really weird craft issues this time around. My scans of my photocopied-then-scanned lines could be cleaned up around the edges and made a bit more solid, but there is a rawness and honesty about how they are now. (Don’t worry; I’ll try my next round of posters with and without cleaning them up.) Also, I have some little bits of lines in the corners of one of the Westport ones above. That’s something that I should’ve spotted before I printed my work.
Is the type choice and placement integrated and appropriate?
Okay. Here’s my problem. Since I am taking a typography class, I’m very aware of how badly I suck at it. I wasn’t at all sure about what I should do with my type, so I just kind of left it for last and then didn’t have time to finish. (Not a good idea, I know…) And the type that I do have could use some work. “Plaza” isn’t enough for my linear posters. So I will experiment with labeling it “The Country Club Plaza” and using different typefaces to better convey a sense of Plaza-ness. I will also rotate it so that it is horizontal and more natural to read. 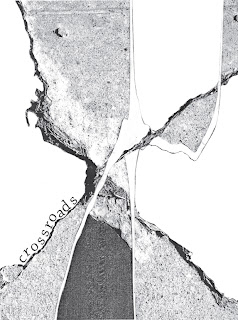 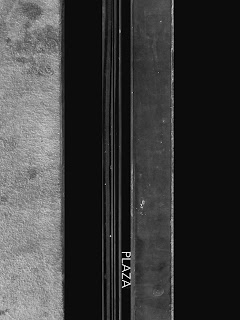 How does the overall composition dynamically employ principles of scale, framing, orientation, alignment, continuation? How could it be improved?
The framing and continuation in this one is interesting, but it doesn’t really work where it is on the page. It is very high up, and the bottom edge of the white line is awkwardly reaching the center of the page. I could improve the relationship between the line study and the photograph by rotating them to put them on a more dramatic angle and shift the scale between them to make the photo much smaller so that the viewer can grasp the image more easily. 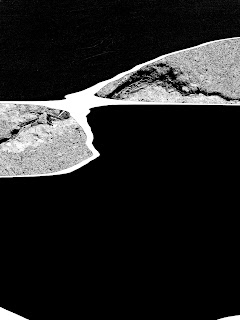 How well do the graphic elements communicate the neighborhood?
I kind of already mentioned this, but the one that works the best is Westport. The graphic elements represent the overall feel of Westport by showing movement and referencing an industrial material. It shows that Westport is an urban environment.
I think the Crossroads posters (with the crack in the ground) convey the feeling of the neighborhood because it’s a more rugged, raw, expressive part of Kansas City. The crack in the ground shows a deterioration of the environment, which alludes to the massive number of people who walk around in that area on First Fridays every month.
The Plaza posters are my least communicative. The grungy parking garage doesn’t represent what most people think of when they think of the fancy Country Club Plaza of Kansas City. They think of glamour and shopping and Spanish-inspired architecture. The linear properties of the parking garage floor are abstractly interesting, but conceptually weak. I think if I had an image that made a stronger connection with what people think of when they think of the Plaza, I’d have stronger work. 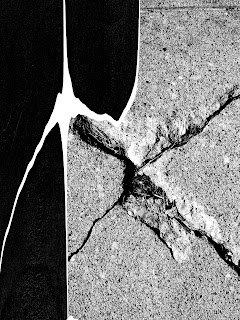 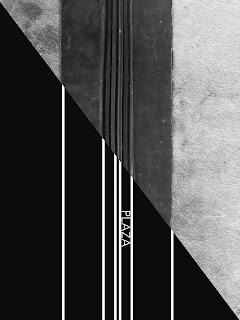 I’m digging this black boxy shape that happens between these two! 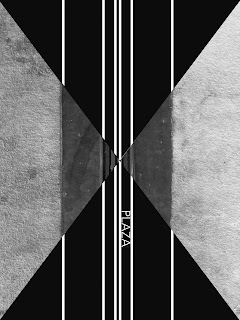 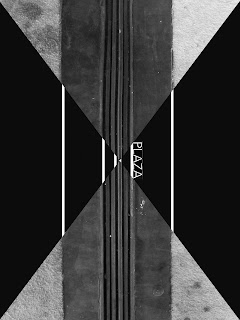