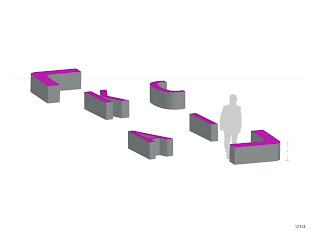 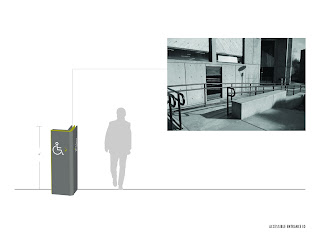 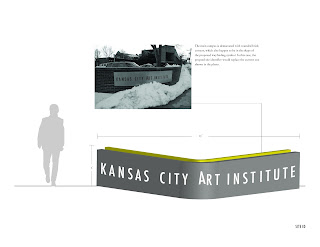 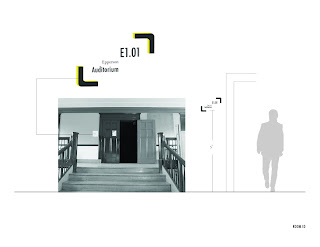 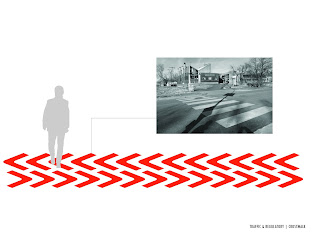 Our wayfinding concept is heavily influenced by KCAI’s informal voice and personality. We decided to focus on the unexpected moments that people may encounter when they visit or study at KCAI. We embrace the lighthearted humor and celebrate all things out-of-the-ordinary. We embrace the fact that we are not an ordinary school. We aren’t pristine or overly formal. We aren’t stuffy or uptight. We aren’t dry or shallow. We are brimming with creativity. The wayfinding should reflect that of those who inhabit it. The day to day people It should respect the space that the students call home in personality. However, it should function normally.
Kansas City is an eclectic city, and KCAI is no exception to this. Its history is diverse and long. The history is in the material. KCAI’s rich history is celebrated in its existing structures that reflect the resources and time periods from which they were made.
Spatial Experience: KCAI Wayfinding by Erika Goering